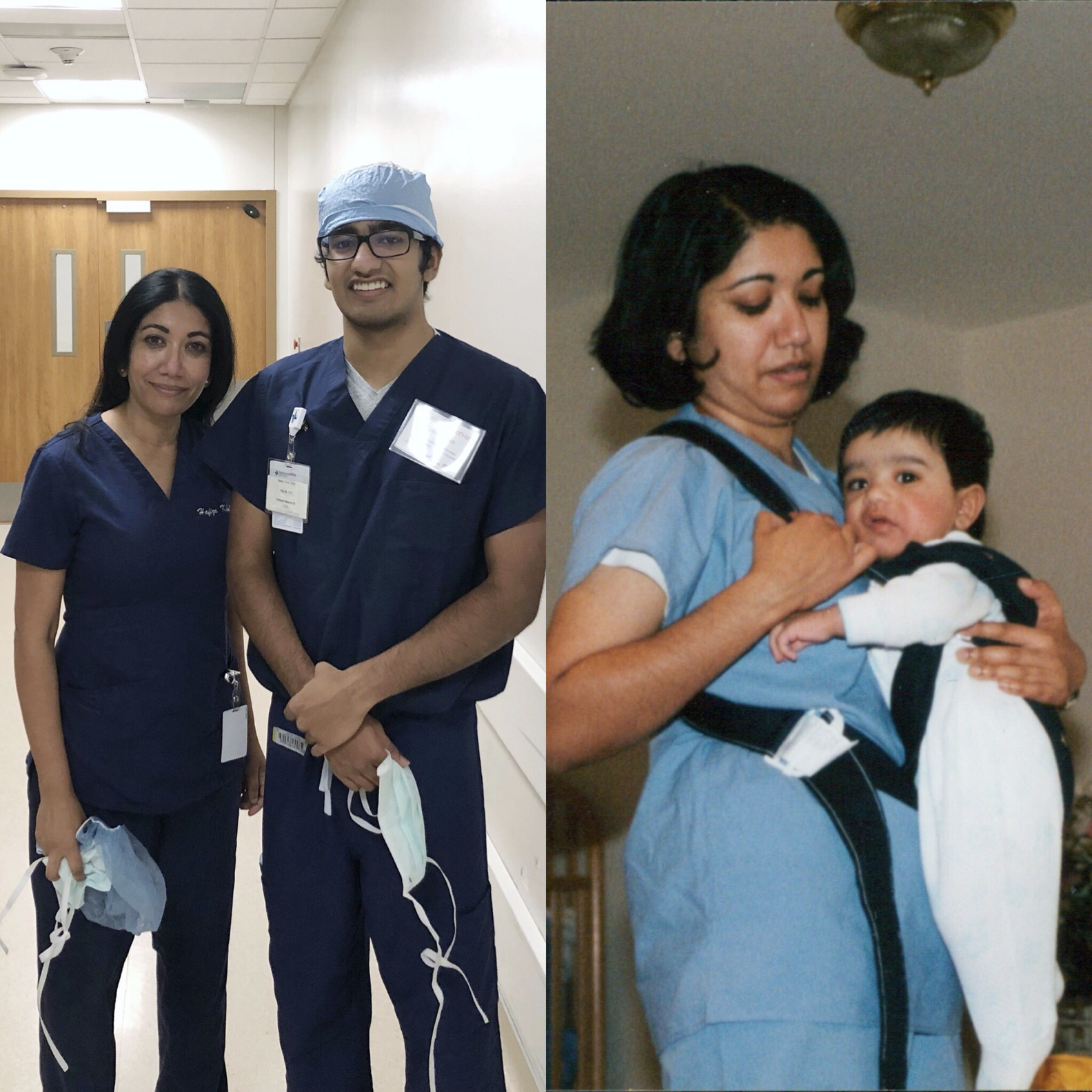 The first picture is of a very young me with my infant son. I had just finished my Cardiology Fellowship at Brigham and Women’s Hospital and was continuing on as a first year Cardiac Electrophysiology fellow. I was one of a very few female EP fellows, and the only trainee with children. I was learning from some giants in the worlds of both Cardiology and Cardiac Electrophysiology. Trying to balance learning a highly technical procedural skill with being a young mother was probably the most difficult thing I have ever done. After completing my EP Fellowship I was honored to be asked to stay on as a junior attending at the Brigham. However, at that point, I realized I could not juggle motherhood, complex ablations, and a full-time research/academic career.

I made the difficult decision of leaving academic medicine, and joining a private practice in the Dallas area. I felt I had let down my academic mentors, and that I had “sold-out”.

When I started my practice, I had an 18-month-old as well as a 4 year old.

I always felt like I was the worst Mom ever:

My son, now 19 years old and 6-foot-tall shadowed me over Christmas break and Spring break because he “wanted to watch mom operate”.

Last year I “peeked” at his college admission essay. He had written that he wanted to be a Cardiac Electrophysiologist just like his mom, because his mother did cool stuff, like shocking people with sick heart beats!

I cried reading it.

Currently, my son is finishing up his freshman year at the University of Chicago and is majoring in Biology, which was also my major in 1984. This summer, he applied for and was accepted into a research internship and he will be doing Cardiovascular research in transcatheter valve replacement.

Looking back over the last 20 years, I realize now that I did not screw up too badly. Even though many days I would come home feeling defeated, and guilty that I had prioritized my work over my children and family. My son loves me! He loves science, he loves medicine, and above all he is happy!

So, to all the young women who are considering medicine as a career:

Please know you can raise a family and work full time. It is possible!

For all you #doctormoms and #workingmoms out there: you may think that you are failing but your children understand that you love them. They are watching you and learning. Do not underestimate the transformative power of your love and all that you do. Everything turned out fine for me and my 2 boys. And I know it will for you and your children as well.

To Freeze or Not to Freeze: Elective Fertility Preservation and Egg or Embryo Freezing